Blocking: The movement that the director gives the actors. The director blocks the play or tells the actors where to move when he is directing.

Breakdowns: When there is a project that needs to be cast, a producer or director hires a casting director. That casting director puts out a breakdown which is a character description of all the roles being cast in that particular project. Agents receive these breakdowns and then submit their actors on projects. There are some breakdowns that are open to all, and actors can submit themselves if they match the type of the character being sought.

Buy-out: This is a one- time payment or flat fee for a project that will not provide residuals. Buy outs are a standard agreement in all non union commercial work.

Conflict: If you have a national commercial running for Pepcid AC and you go on an audition for Pepto Bismol, that is a conflict. Advertising Agencies don’t want the same face to be the campaign for other products in that market. Usually your agent will let you know what becomes a conflict and what you can and can’t audition for.

Day Player: This is a performer hired on a daily basis for television, industrial and films. This term is used in SAG and AFTRA contracts and both unions have different pay scales. Traditionally speaking a day player will have more than 5 lines

Holding Fee: A fee paid by the advertiser to the talent, in order to hold the commercial for broadcast at a later date.

Manager: Similar to agents but they typically assist with career development and advise their clients on business and artistic decisions, as well as assisting in finding an agent. They usually take 15% commission on the jobs you book. If they get you an agent, that agent will then take 10% as well.

Principal role: This is a major character in a particular project. They are at a higher pay scale than a day player and the part tends to be larger.

Scale: This term, known as union scale, refers to the minimum amount which must be paid for a defined job. It is established in the union contracts for particular types of jobs, and can be found on all the union websites.

Screen test: This is a filmed scene to show an actor’s ability for a specific project. It is done far along in the casting process on the actual set and with other actual cast members, usually at the producer’s request.

Session Fee: This is payment for the amount of time put in on set or in the recording studio for voice-overs, usually calculated in days. Residuals will come later.

Taft Hartley: This term refers to when an actor not in the union who becomes a “principal performer” is immediately eligible to join SAG and is covered under the SAG contract with the production company for 30 days, at which point he or she must either join SAG or cease working on any union productions. Once joining the union, the actor may not work on any non-union production, per the terms of the bylaws.

Upgrade: This is when an actor’s role gets increased on set. There is always a chance of being upgraded. Be aware of union scale so when an upgrade occurs, if you are not represented, you will know what you should be compensated.

Waiver: This is when a union gives special consideration to certain cases and allows a production to deviate from standard union contract, so that the production can continue successfully. 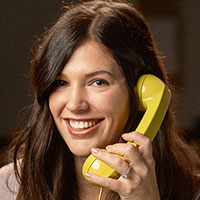 Haley Guardino
Hello friend! Need some advice or some other helpful resources? Contact us and we will get back shortly!
CALL
EMAIL
RELATED POSTS
No items found.
BROWSE MORE
JOIN THE
COMMUNITY
Whether you are a working actor, or are just beginning your journey, we are here for you. We won't flood your inbox with unnecessary messages. You'll get monthly newsletters, studio announcements,  exclusive content, and exciting updates.
Welcome to our community!
Check your email to complete the process.
Oops! Something went wrong while submitting the form.