Jacob Tremblay, Emily Robinson, Quinn Lord, Connor Kalopsis, Stephanie Katherine Grant, Layla Crawford, Raini Rodriguez. Though you may not recognize any of these names, you will soon. They are names of young entertainers who have been in such projects as Room, Saturday Night Live, Transparent, Once Upon A Time, The Grinder, The Goldbergs, NCIS, and Paul Blart: Mall Cop. They are also the names of award winners at this year’s Young Entertainer Awards in Universal City, California.

The Young Entertainer Awards is a non-profit awards show that brings together young performers and their families to honor and celebrate their performance achievements in film, television, music, and stage. Sunday, March 20th, 2016 marked the 1st annual Young Entertainer Awards. Most of the nominees were in attendance with their family and friends. The hosts and presenters included: Christine Devine (Fox 11 News KTTV), Manny Streetz (102.7 KIIS FM), Courtney Friel (Fox 11, E!, Extra), Alyson Stoner (Cheaper by the Dozen, Step Up), Kreston John (Blood and Oil, Vinyl), and Jennie Kwan (Anger Management, Entourage, Beverly Hills 90210).

Studio 24 was a main sponsor of YEA and first learned about this new awards show from YEA’s Vice President, Danielle Keaton. Danielle and Studio 24 owner Cody Dorkin have known each other since they were kids. The two met on the set of John Carpenter’s Village of the Damned. They both played alien children with white hair and glowing orange eyes and have been friends ever since (see picture below). So when she told Cody about this brand new award show, Studio 24 jumped at the opportunity to be a part of it. Not only is the encouragement of young performers at the heart of Studio 24, Cody himself began his acting career at the age of 7.

The Young Entertainer Awards began bright and early at the famous Globe Theatre in Universal Studios. After walking the red carpet, the Studio 24 team spotted Trevor Larcom, a young actor who has appeared in True Detective, Fresh Off The Boat and Scorpion. One of Studio 24’s team members, Jaime, is a huge fan of his and had hoped to meet him at this event, so of course she had to stop and get a picture with him. When asked about working on the set of True Detective, Trevor said that his favorite part was being able to work with Colin Farrell. Trevor was up for a few awards that day including Best Young Actor in a Recurring Role- TV Series and Best Young Actor in a Guest Star Role- TV Series. He ended up winning an award for Best Young Ensemble Cast in a TV Series along with his Fresh Off The Boat castmates.

Next, it was time for the awards show. The most fulfilling part for the S24 team was witnessing how much joy and appreciation the Young Entertainer Awards brought to the young people honored at the event. Beaming ear to ear, many award winners thanked friends and family for the support, especially their parents for “driving [them] around from audition to audition.” One of Studio 24’s favorite speeches was from a little girl who at the end of her ‘thank you’s’ wished everyone in the audience “love and light.” At that exact moment, hearts melted.

Another highlight of the YEA awards occurred after the awards show. Everyone who attended the show was able to enjoy the Universal Studios theme park! Attendees were even given exclusive access to the new “Wizarding World of Harry Potter” before the official grand opening! Ending the YEA awards with some good fun at the park was a perfect way to celebrate the day honoring youth in entertainment.

Studio 24 knows first hand how hard young entertainers and their families work in this industry and they are seldom recognized for it. The Young Entertainer Awards fills a need in the industry, where young talent can feel encouraged and celebrated for their performances and key roles in film, theater and television. The YEA Awards was a huge success and Studio 24 cannot wait to attend next year!

To see the award winners on the red carpet: http://www.youngentertainerawards.org/YEA-Photo-Gallery.html

To find out more information about the YEA: http://www.youngentertainerawards.org/ 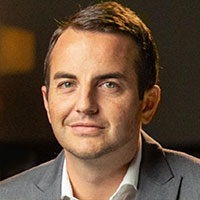 STUDIO 24 FEBRUARY NEWSLETTER
BY:
Haley Guardino
BROWSE MORE
JOIN THE
COMMUNITY
Whether you are a working actor, or are just beginning your journey, we are here for you. We won't flood your inbox with unnecessary messages. You'll get monthly newsletters, studio announcements,  exclusive content, and exciting updates.
Welcome to our community!
THANKS FOR SUBSCRIBING!
Oops! Something went wrong while submitting the form.