Ever find yourself wondering “is this audition legit”?

In order to protect yourself from scams, it is important to be aware of some potential scenarios that may not be legitimate and not exactly what they seem.

We had an actress, for the sake of the story, let’s call her Jane. Jane contacted us to share the great news of a film she got a callback for! Yay! We were so excited for her. But upon hearing the details, some things just didn’t add up.

Casting notified her that before her call back, and her meeting with producers and the director, it would be beneficial to her to have some fresh headshots. And they just so happened to have this wonderful photographer they recommended.

This is a HUGE red flag and is not standard callback procedure. Legitimate casting directors will never ask you to get new headshots. And they certainly aren’t going to recommend a specific photographer.

After we did some further investigation, it turns out the project was legitimate, it just wasn’t being cast by the people Jane auditioned for and casting had already wrapped on that film. These scammers took the breakdown from a real project and were holding “auditions”. To just then give everyone “callbacks” and funnel them to this photographer where they were profiting together.

This is just one example of a scam. Be wary of any offer contingent on you spending money.

Listen to your gut. If something doesn’t feel right, it’s okay to say no and walk away.

Stay safe out there and keep crushing those legit auditions! 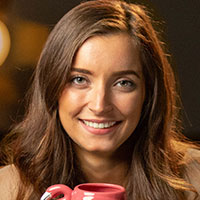 BEFORE YOU BOOK A COMMERCIAL, DO THIS
BY:
Marc Ashbourne

HOW TO SPOT AN ACTING SCAM
BY:
Laurren Cooper

THE CASTING DIRECTOR WORKSHOP: TO SCAM OR NOT TO SCAM
BY:
Cody Dorkin

AN ACTOR'S GUIDE TO CREATING A SAFE WORKING ENVIRONMENT
BY:
Haley Guardino
BROWSE MORE
JOIN THE
COMMUNITY
Whether you are a working actor, or are just beginning your journey, we are here for you. We won't flood your inbox with unnecessary messages. You'll get monthly newsletters, studio announcements,  exclusive content, and exciting updates.
Welcome to our community!
THANKS FOR SUBSCRIBING!
Oops! Something went wrong while submitting the form.